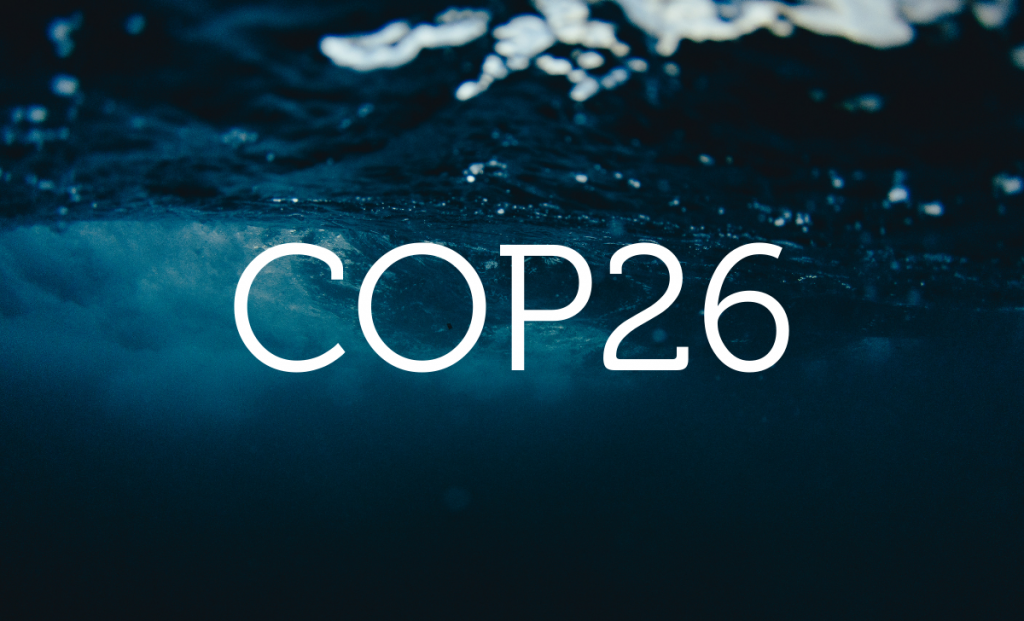 Certainly, though, there are hopes and beliefs that this global event will make a real difference. Optimists believe that the very fact that it happened and captured the attention of the world creates a framework that will allow rules, targets and legislation to be put in place that will positively impact the drive to net-zero carbon.

Among those optimists is Steven Kiakowski, Director of the Livingston based training consultancy The Verdancy Group. His business works with education, business and communities to offer an innovative range of teaching materials and courses to help build the sustainable skills needed for the future. The group works to explain the opportunities that the green recovery, climate reality, circular economy and net-zero transition can offer to people as individuals.

“Whether you think the outcome in terms of what happened in Glasgow was positive or negative, the question is: if we hadn’t had COP26, when would those discussions have happened?”, he says. “The event at least allowed conversations to take place. We must continue to hold these gatherings to ensure that discussions happen.”

He thinks that the conference was “a fantastic event”, adding: “Some people might argue that it hasn’t gone far enough, and it probably hasn’t, but something is better than nothing. “It has also shown me that there are so many people now who are enthused and empowered by what happened at COP. I see real change happening.”

Mr Kiakowski believes there has been a shift in thinking on the climate emergency. “It now isn’t always seen in terms of the financial or climate cost, but in terms of the impact on people around the world. I’m delighted about that.”

He also thinks it is important that an agreed level of standard, much the same as the internationally recognised ISO and Achilles environmental systems, is put in place to assess progress on net zero.

“There are a lot of people doing a lot of things, but if that isn’t in alignment or collaboration with others, then there will be different understandings and acceptance of what the measures and successes actually are. I don’t think I should be able to declare I have reached net-zero and set the context for that myself.”

He is also somewhat cynical about the carbon offsetting market. “In theory, I could be the most carbon polluting human being on the planet but could offset all my emissions and declare myself at net zero. “It’s just not a sustainable practice. If everyone did it, we would have the same problem with rainforests that we do at present with animals. We wouldn’t have enough areas in the world to plant the trees.”

It is currently too easy, he believes, for organisations to offset a significant proportion of their carbon footprint without having to go through the process of really examining their supply chains and procurement processes. “For me, the only reason that offsetting should exist is where a person or organisation has done everything they can to reduce their carbon impact or production, or in those areas where we don’t yet have the technology and infrastructure to get to net-zero.”

There has been a feeling among some commentators that COP26 was a missed opportunity in that it failed to be tough enough on phasing out fossil fuel and did little to narrow the gap between wealthier and less developed nations.

Many of the same people argue that actors such as businesses, third sector organisations, NGOs and local authorities are making more of a real-life impact on the climate emergency than politicians and governments.

Mr Kiakowski accepts this viewpoint, but points out that these sectors can only do so much – they suffer from an “invisible ceiling”, as he puts it. “To achieve a real shift and reduce carbon and act on other metrics, it is governments and other organisations that make change happen at the next level. They have to mandate certain criteria to allow that.”

As a skills and training organisation operating in sustainability and the green economy, The Verdancy Group works regularly with young people. He adds that he has seen a significant mind-shift among them in recent months. “A year ago, if I was asking them what they thought about climate change, they would respond by mentioning things like the destruction of icebergs and animals and negative carbon footprints.

“Now we’re seeing that more and more of them are responding differently: to the opportunities offered in the future, including green jobs. “I’m really pleased with that positivity. I don’t want to keep hearing talk about how the world is going to end.”

There are reasons to be cheerful. “In the work we do in the private sector in Scotland and across the UK, we are in contact with a lot of organisations. Everyone that I speak to now either has a net-zero plan or is considering one.

“They are reviewing what it means to their people, process and practice. Importantly, it doesn’t seem to be just a tick box, mandatory exercise. The people who are leading these organisations have now made sure that sustainability and the green agenda are built into them.

“Whether they be small or large, the businesses we are working with definitely see opportunity. The people at them may live and breathe green and environmental issues, or they may believe that if they don’t engage with these, they are going to lose position or market share or damage their brand. So most of those organisations are doing something to move forward.”

The same thing is happening, he adds, with the public sector. “We’ve had conversations with organisations in this area, but in the past, it’s not been a focus or priority for those working within them. “However, we are now seeing Scottish organisations offering external consultancy so their clients understand what a just transition means.

“I can see organisations that don’t engage with this agenda having real problems in terms of their reputations. More and more people are making decisions based on how green a company is, or how it is getting to net zero. The world has changed.”

Companies Could Count the Cost of Not Investing in Sustainability

WITH every week that passes, the sustainability agenda is becoming more important to both private and public sector organisations.

They recognise that there may be a financial cost to its implementation, but they also realise that the cost of not getting involved is even greater.

Steven Kiakowski explains: “They now know that they have to commit to this and that if they don’t they may lose out on commercial contracts or find that they create problems for themselves in terms of damaging their brand or reputation.”

He adds that more and more decisions are being taken based on how green a company is and what it is doing to move towards net-zero carbon.

In the face of this, The Verdancy Group has recognised the importance of collaboration. “We are working with a range of different businesses – the agenda is just so wide and vast now that we need to partner with other organisations.

“We certainly don’t feel that we can do it all ourselves, and that’s not what we want to do anyway. One of the things we are planning for next year is to work with new partners and create new courses. “We are also intending to create new jobs in our business. We need to grow and are aiming to take on three people in the first quarter, including individuals with senior management level experience from the private sector. That will really help us to understand the challenges that businesses need to consider.”

The Verdancy Group was only launched a year ago, but Mr Kiakowski says it has seen significant changes within those 12 months. “We are now at a much more advanced level with government organisations such as Skills Development Scotland, Zero Waste Scotland and Education Scotland.

There has been a recognition from clients, he adds, that the learning programmes being delivered are of an excellent standard and that the group has the right values and purpose. “They feel that we are an organisation they want to bring into the conversation. The level we are at has been recognised and that has given me a real sense of achievement.”

Many of The Verdancy Group’s courses are based on raising awareness and understanding of the sustainability agenda. “I think that after COP26, we will really see compliance come alive. “It may be that a Sustainability Manager will need a formal qualification to ensure that they have the expertise to make the right decisions. “Health and safety law has changed over the past 20 years or so and I think this sector will be exactly the same. There will be mandatory requirements for people working in it.”

View all →
We use cookies to ensure that we give you the best experience on our website. If you continue to use this site we will assume that you are happy with it.OkNo